Americans believe that buying a home is a solid financial decision

According to a new study by the National Association of Realtors shows that most Americans believe that buying a home is a solid financial decision, and most believe they could sell their home for at least its initial purchase price. 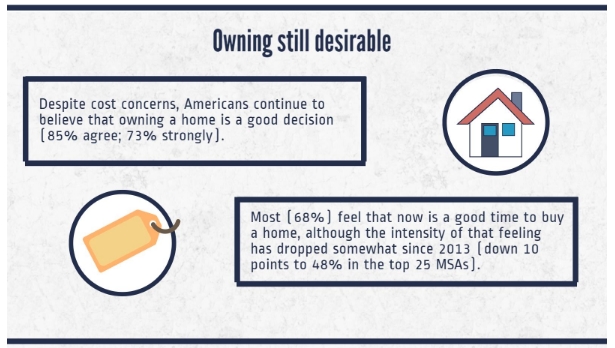 The survey, which measures consumers’ attitudes and concerns about housing issues, found that building equity; wanting a stable and safe environment; and having the freedom to choose their neighborhood remain the top three reasons to own a home.

Some key findings from the year’s survey include: